A profit centre is a subset of your business for which you want to track income and expenses. This page explains how to use Jobs in AccountRight to group transactions belonging to your various profit centres. You can then track the performance of each profit centre and generate reports on them.

The purpose of Job functions within AccountRight is to group specific transactions into a reportable item. This is accomplished by first setting up a Job for each of the profit centres. Every transaction is then allocated a job that is specific to its profit centre. Job reports are then used for reporting the activity of each of the jobs, which are a representative of your profit centres.

Sub-jobs can also be set up to further breakdown a job into separate components. This is facilitated through the use of Header Jobs under which sit Detail Jobs.

You can also use Categories to manage departments within your business. For more information, see the AccountRight help (Australia | New Zealand).
1. Select appropriate Job Names and Job Numbers

When wanting to set up Jobs, it is important to use Job Numbers and Job Names that clearly distinguish your profit centres. For instance, if you have profit centres in Southern, Eastern, and Western regions (or towns, suburbs, or buildings, etc.) you could use SOUTH, EAST, and WEST for your Job Numbers, in other words the code which will be used for the Job. The Job Name is the actual name of the job, such as Southern Region, Eastern Region, or Western Region.

When considering Job Names and Job Numbers, keep in mind:

Also determine if your jobs will be broken down into smaller sub-jobs. For example, a job could be set up to cover 'Manufacturing' and sub-jobs could be set up which might include 'Components' and 'Finished Goods'.

2. Set up Jobs and Sub-jobs

Once you have determined your Job Numbers and Job Names, you can set them up in AccountRight. For more details on using and setting up jobs, see the AccountRight help (Australia | New Zealand).

Each transaction window, with the exception of Receive Payments and Pay Bills, has a Job field in which a Job Number can be specified. To allocate a Job to a transaction, simply create the transaction as normal then click or tab into the Job field and select the Job representing the particular profit centre. 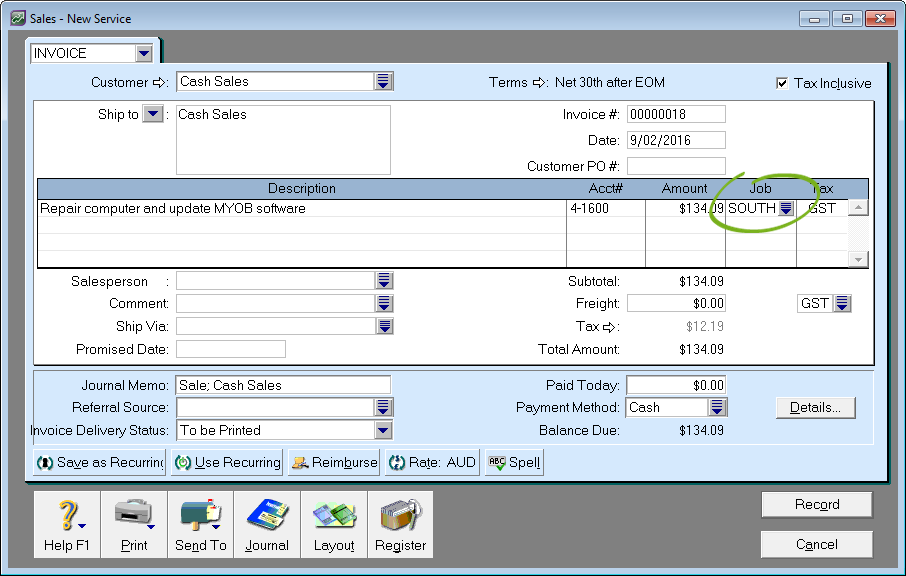 At the end of the reporting period, a Profit and Loss report can be generated for all jobs. Note that in BusinessBasics the report customisation window and associated fields will be slightly different.

To view details of Header Jobs and related Detail (sub) Jobs, use the Jobs List report then customise it to show only the desired Jobs.
5. Report on a single profit centre

By default, the Profit and Loss report described above includes all the Jobs in your company file. To select a specific Job, click the dropdown arrow next to the Job field (highlighted in the image above), then select only the Job you want to report on. You can also choose a selection of non-consecutive Job Numbers using this method. 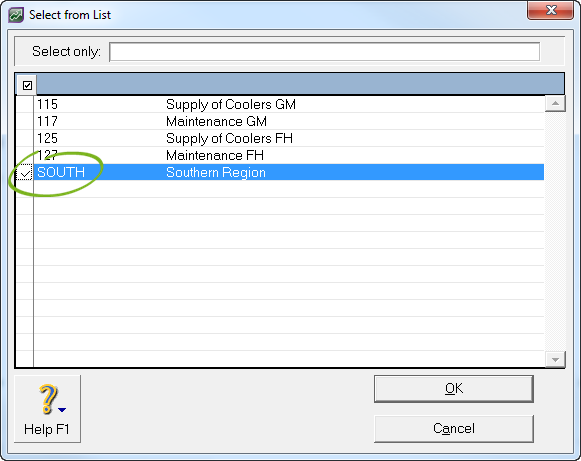 These are found in the Accounts tab of the Index to Reports under the Jobs sub-heading. Click Customise to specify the date range of the transactions you want to check for missing job numbers.

To delete a job

Deleting a header job will delete its sub (detail) jobs. Also, if a job is allocated to a transaction, the allocation will be removed if the job is deleted.