Resolving a difference in Entitlement Balance reports (Australia only)

This support note describes how to find and fix differences shown on Entitlement Balance reports.

Our support note Payroll reports not matching pay history (Australia only) describes how to identify discrepancies between your payroll reports and what's shown in the Pay History of your employee cards.

Below is an example Entitlement Balance [Detail] report for the entire payroll year showing a Difference of 10 hours, which represents a difference between: The example below shows the report for the first quarter (1 July - 30 September). It shows there is still a 10 hour difference.

This next example is the report for the month of July. There is no difference shown.

Running the report for the next month (August) identifies a difference. This means our problem lies in the data for August.

Next, go to the Payroll Details tab in the employee's card. Click Pay History and choose August in the Show Pay History for field. 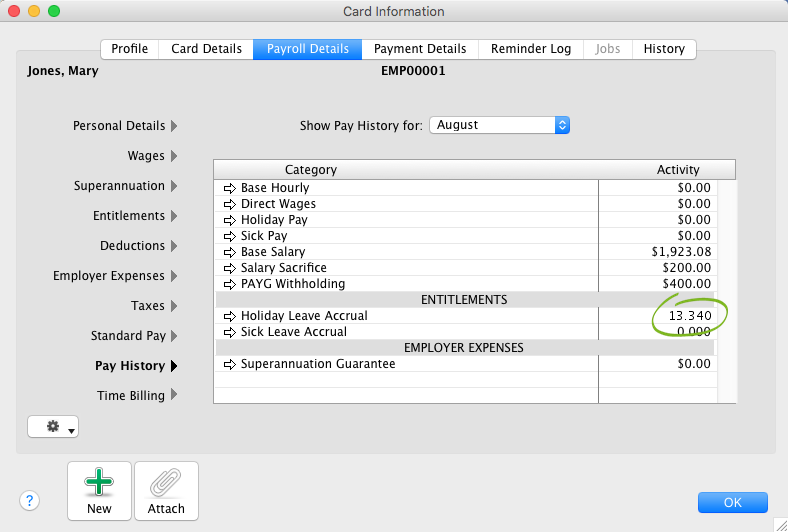 The example above shows a balance of 13.340 hours against the Holiday Leave Accrual for August.

This value needs to be corrected to the activity value for the month. This is calculated as follows:

So in our example, this would be:

We can now update the card balance by entering 3.340 in the Activity column for Holiday Leave Accrual, then clicking OK. 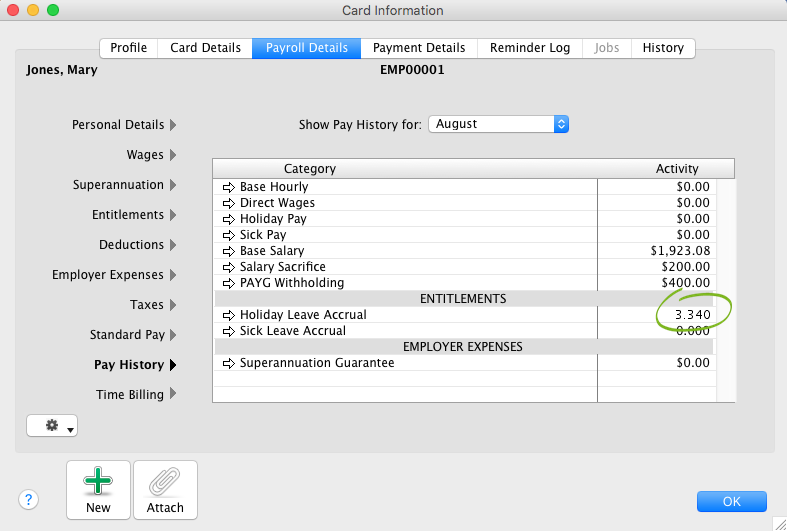 Now when the report is run for August, the difference is now 0.00 as shown below.

You can also confirm the issue is resolved by running the report for the entire payroll year: 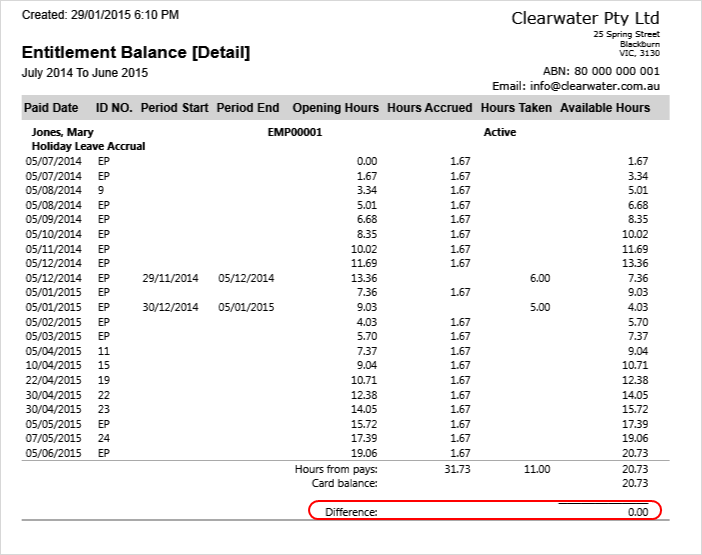 If there is still an out of balance at this stage, continue to run the report by quarter and month until the differences have been found and fixed as described above.